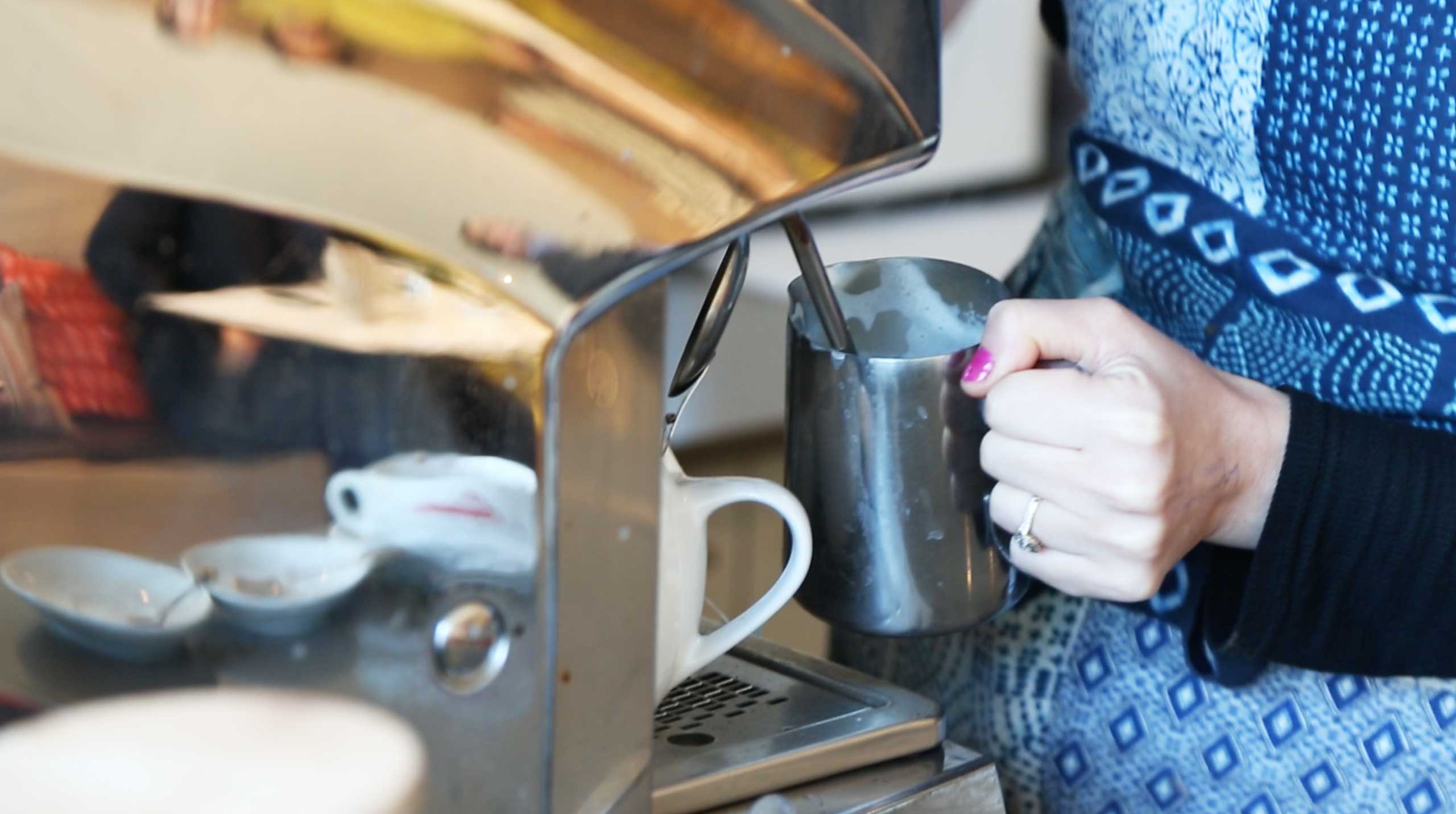 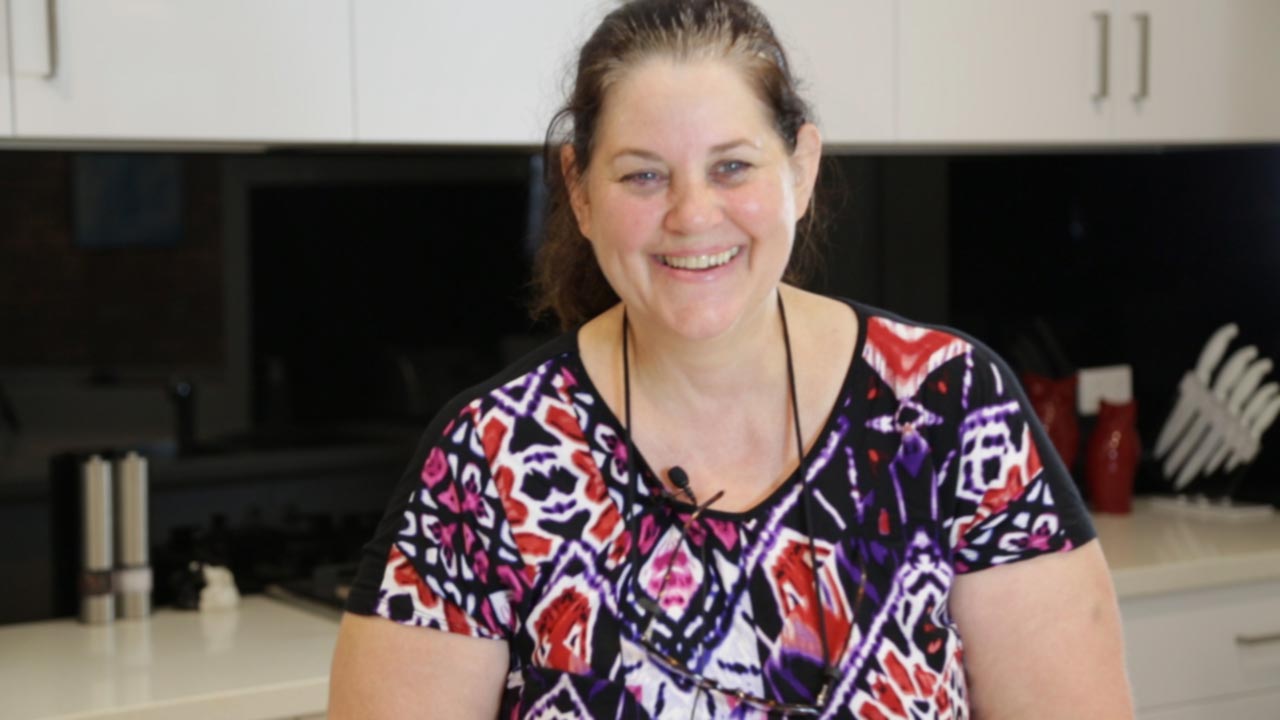 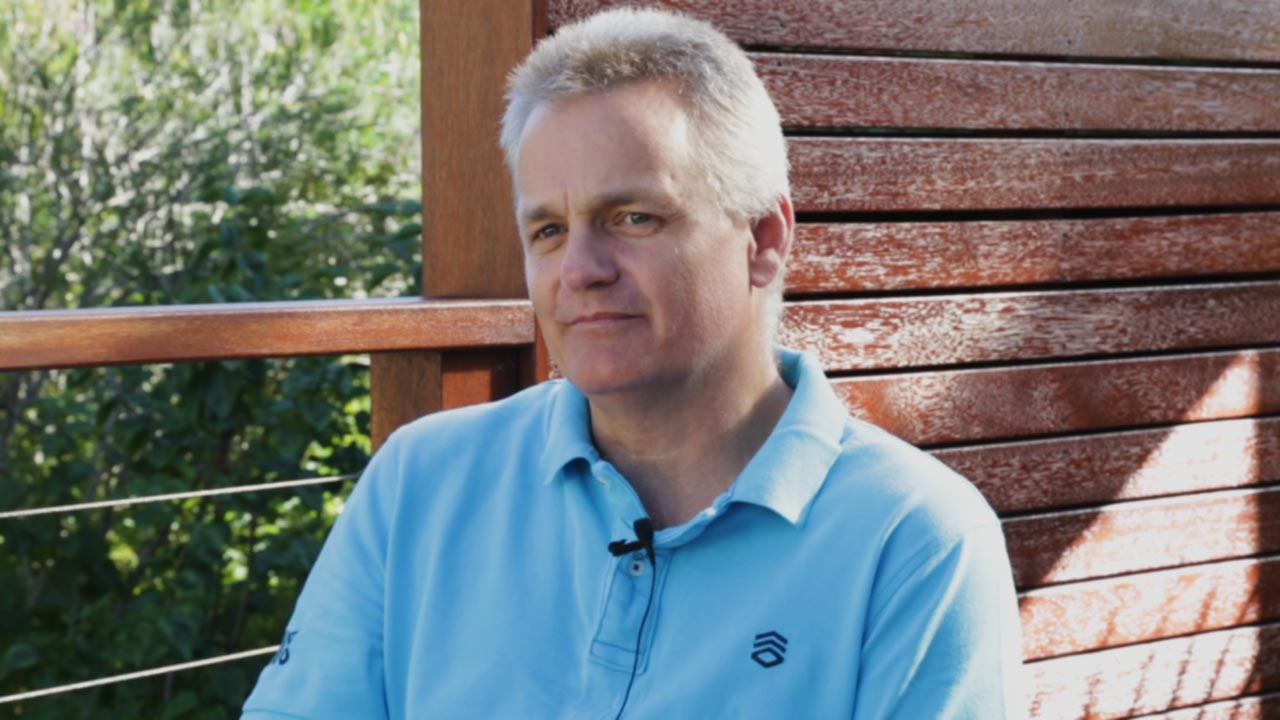 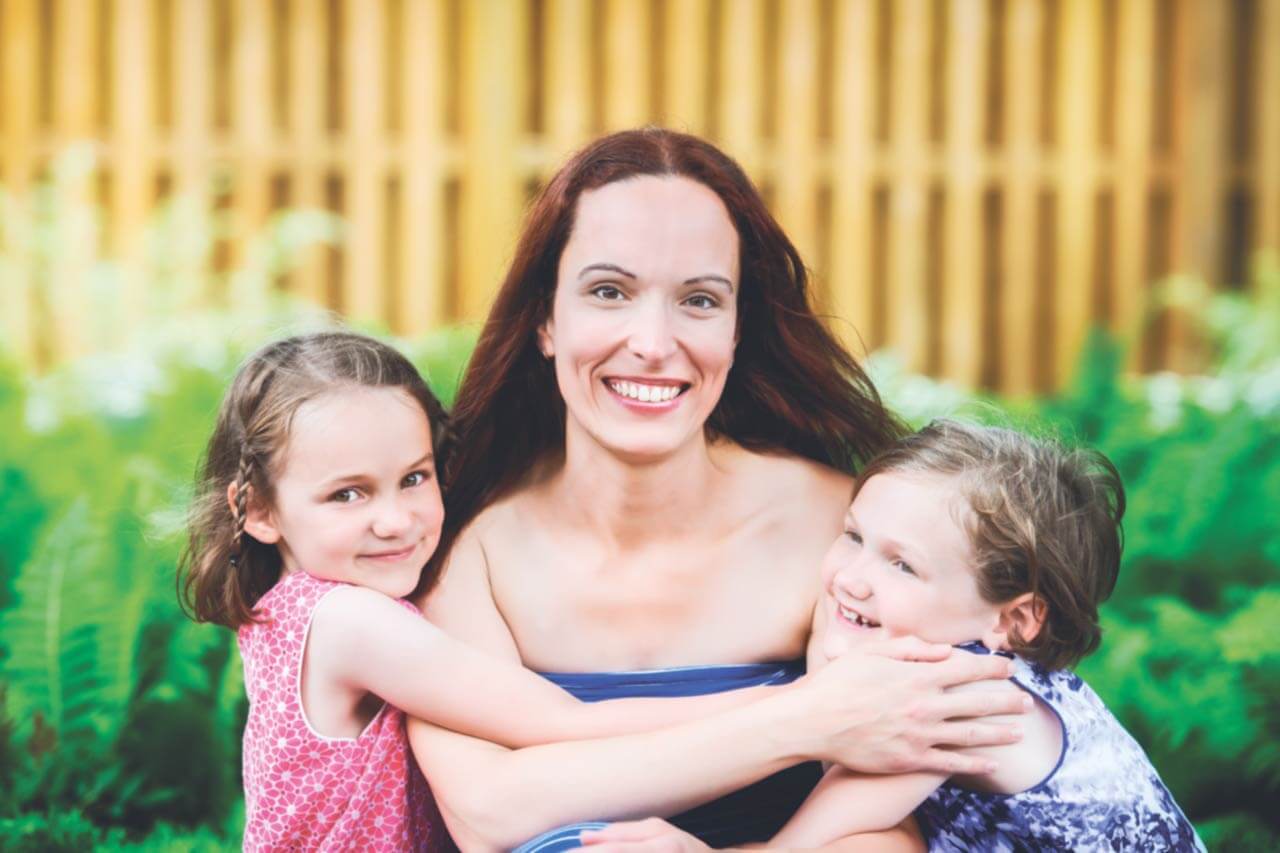 
We are actually looking forward to our next bill.

Barbara lives in Melbourne’s outer east with five children. She increased the capacity of her pv solar system to manage her spiraling electricity costs. However, her electricity bill remained the same. Barbara was convinced that her solar panels weren’t working.

Barbara wanted to understand how this was possible after all the solar capacity she had invested in. She called her solar company and they suggested she install carbonTRACK, so she could keep see what was really happening with her solar.

Barbara’s solar provider installed carbonTRACK to reassure her that her system was working, and to map her solar production against her family’s consumption. With carbonTRACK installed, we took a look at the data.

carbonTRACK showed that Barbara’s system was working and had decreased her grid energy use by over 50%. But, we noticed that she was using quite a lot of energy at night, when everyone was asleep.

Barbara explained that her power company had advised her to run the pool pump from midnight to 3:00 am to take advantage of the Off-Peak tariff. Barbara’s electricity fees were 30 cents/kWh for energy used during peak times, and 17 cents/kWh for off-peak (and ‘shoulder’) electricity. Her solar feed-in tariff was only 8 cents/kWh – so it made more sense for Barbara to use as much of her solar during the day as possible.

We helped Barbara to identify what was increasing her electricity bills, and she was able to implement a new schedule for her pool pump. Using carbonTRACK, Barbara shifted her pool pump schedule from a night off-peak tariff to the middle of the day to take advantage of excess daytime solar production.

By running the pool pump from noon until 3:00 pm Barbara avoids paying 17 cents/kWh and uses more of her solar. This simple change saved Barbara 10% on her bill. 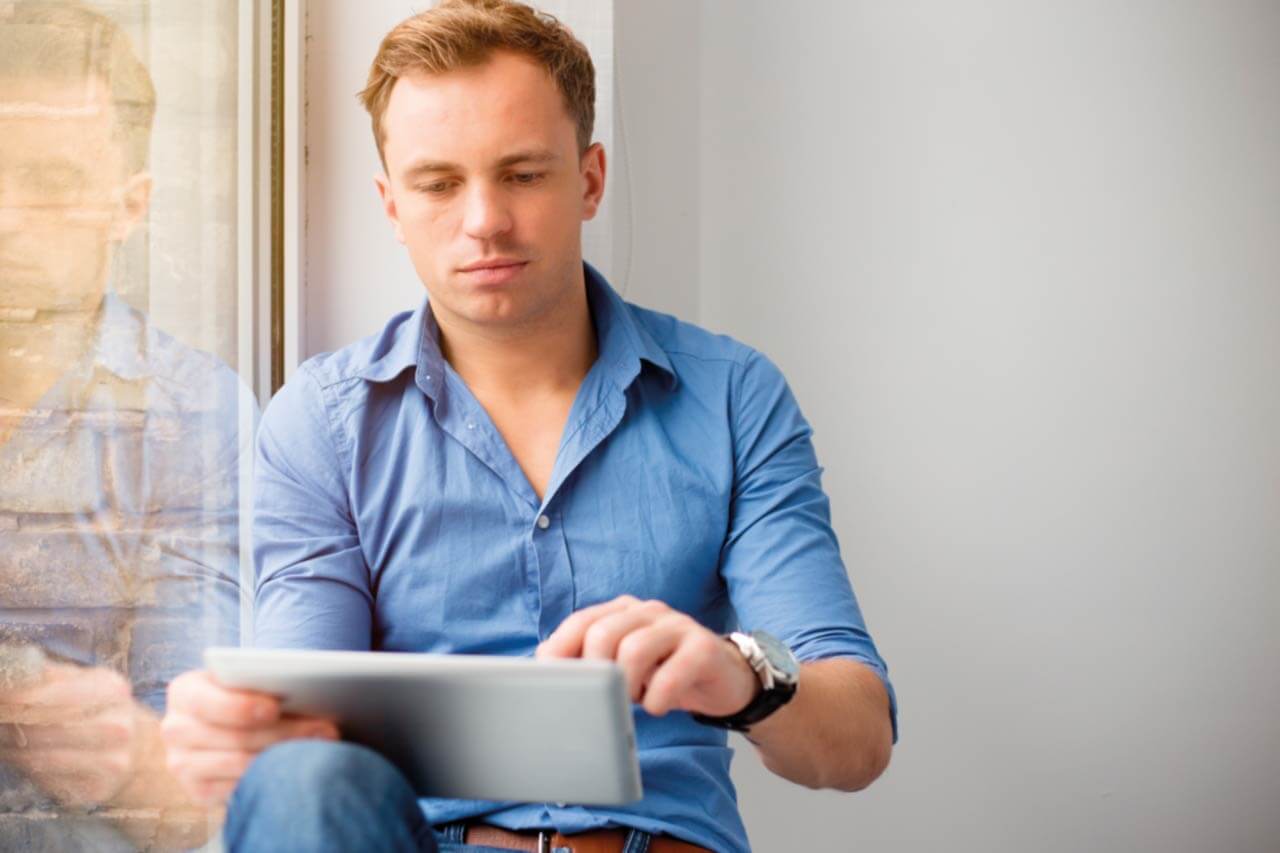 
It’s amazing how such a small change can make such a big difference.

Brendon, an electrician on the Gold Coast, understood that his lifestyle affected his energy consumption but didn’t understand how. Despite living on his own, he used around 20.2 kWh a day more than an average family of four. He wanted to understand why his usage was so high.

How he did it

By changing his hot water schedule, Brendon was able to cut his average daily electricity use to 14.54 kWh. He is now saving 27.88% on his electricity bills! 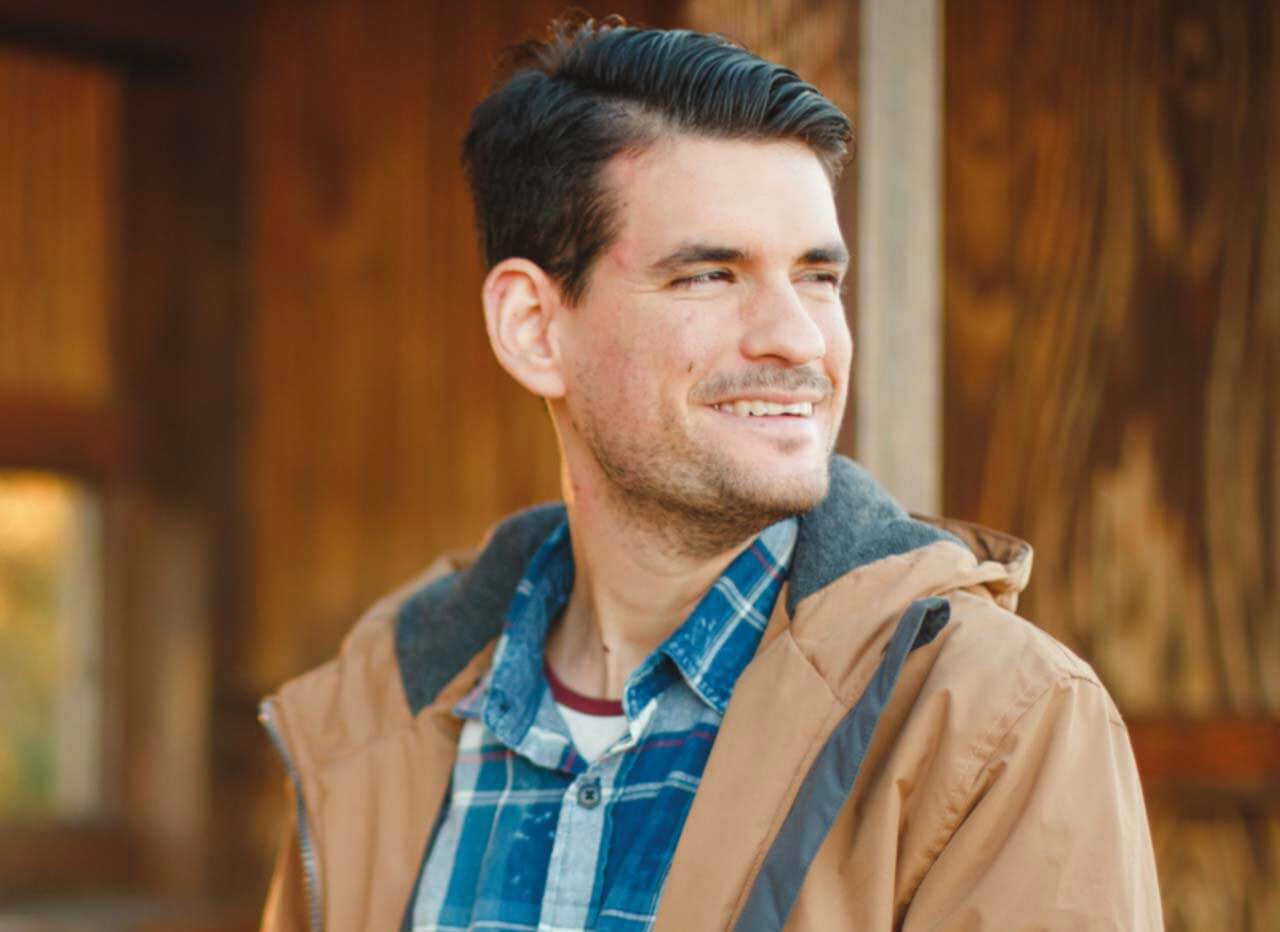 
I am now able to see when and how my battery is charging.

Michael had battery storage installed at his home to complement his PV solar and manage his night-time electricity use. However, his bill remained much higher than he imagined.

How he did it

Michael installed carbonTRACK to understand why his bills were still high. He looked at the data collected by carbonTRACK and released that when his solar generation was lower. His battery was being charged from the grid connected mains. With this information, he was able to reset his battery’s parameters primarily to charge from his PV solar production.

Using carbonTRACK, Michael saw when and how his battery was being charged. He greatly reduced his reliance on the grid, and his electricity bills! 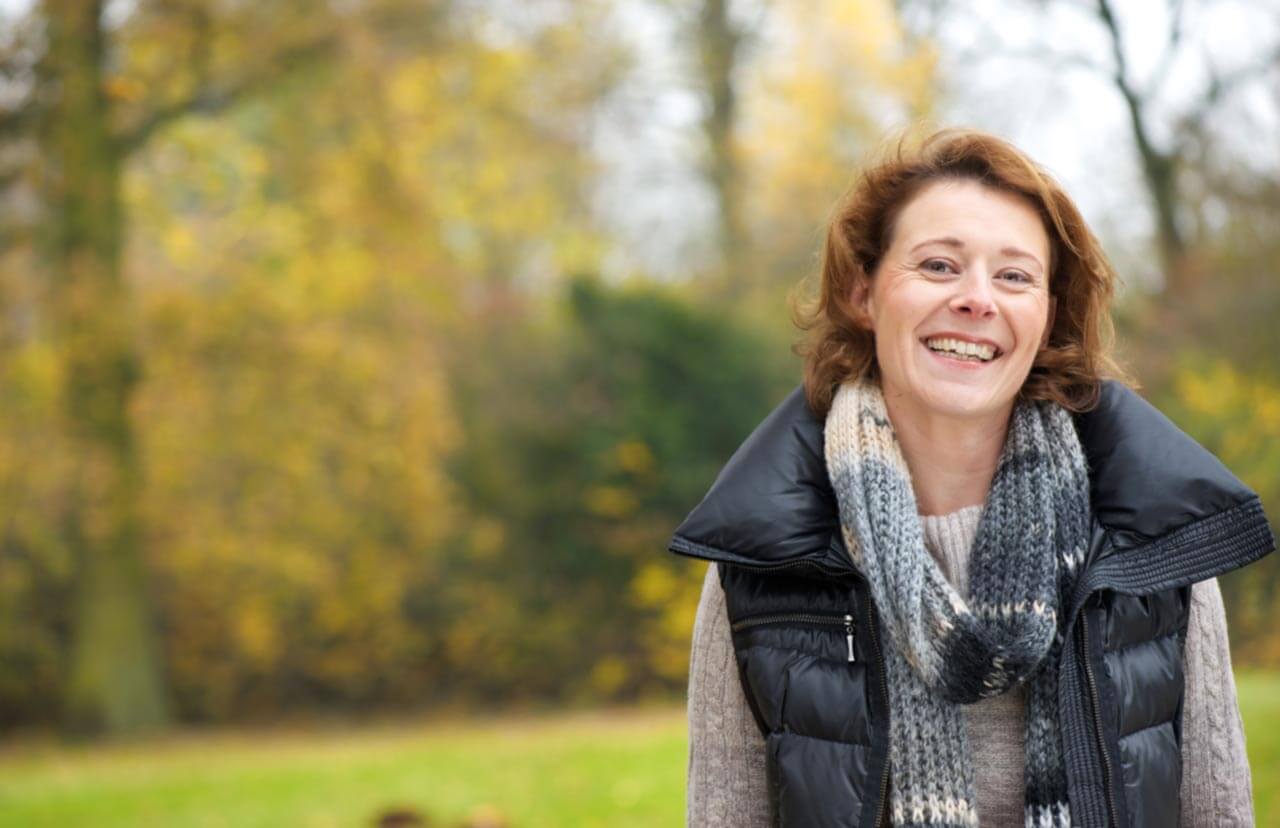 
Before carbonTRACK we didn’t know what we were producing or using. It was so disappointing and frustrating!

Vicky and her family installed a 5kW PV solar system. Her electricity bills however, hardly changed. She was frustrated and didn’t know what to do.

Vicky used carbonTRACK to monitor her solar system’s performance and verify her electricity bills. carbonTRACK helped her identify when excess solar was being produced.

Vicky began controlling and minimising the cost of running her electric hot water system by setting up automatic schedules to switch it on and off so she was only heating water for when she needed it. She also used carbonTRACK to run appliances during the day to ultilise the solar electricity she was wasting. 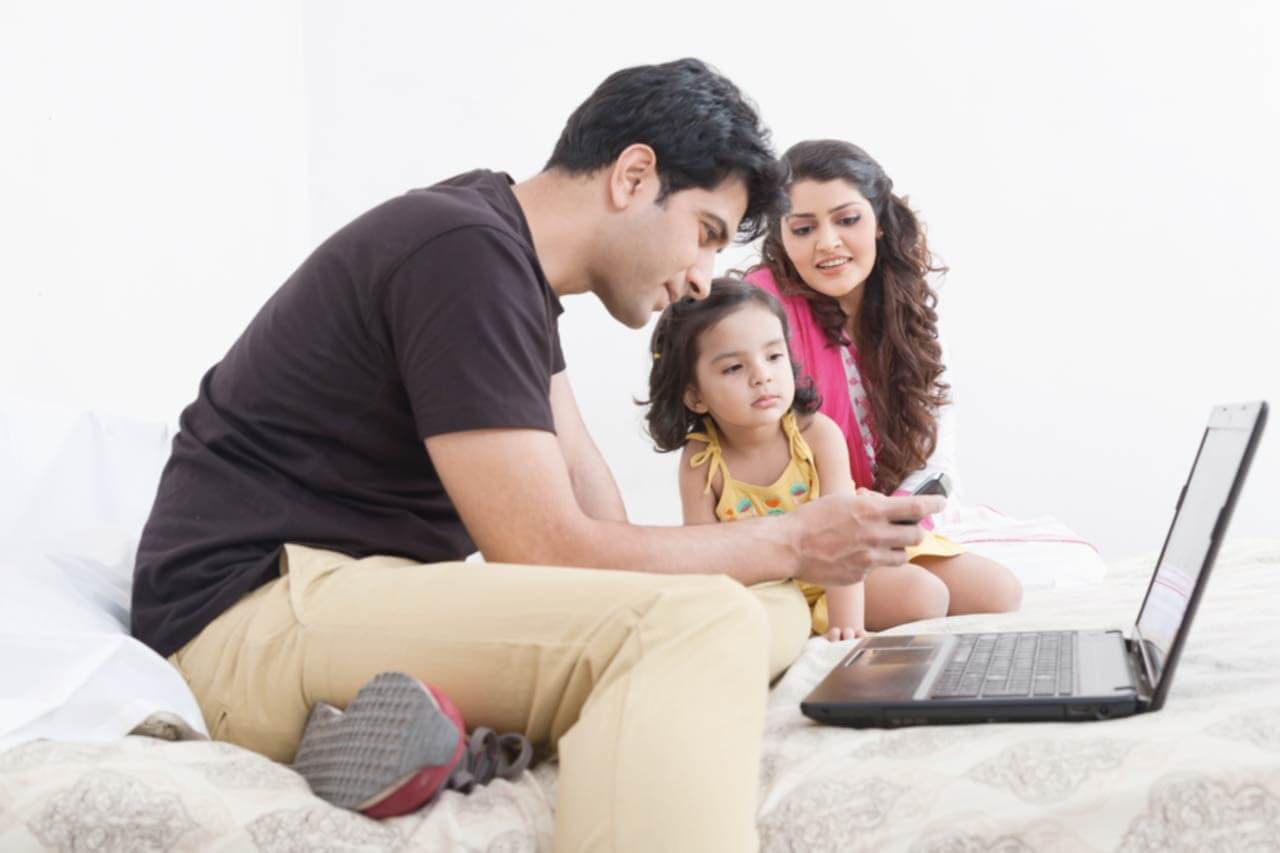 
I didn’t understand electricity until carbonTRACK showed me.

Deepa lives in a large home in Sydney’s eastern suburbs. Her daily energy consumption averaged 116kWh. The addition of two family members into the household meant that her electricity bills started creeping up and prompted Deepa to look into her electricity use.

Twenty four hours after having carbonTRACK installed, Deepa discovered excessive energy waste. Various appliances were guzzling electricity overnight – and many of them she could easily schedule to switch off with carbonTRACK.

carbonTRACK made it easy for Deepa to control her home’s heating and cooling cycles, electric hot water systems and the wine cellar.

Within a week, Deepa’s household energy use fell by 55.5 kWh a day, a reduction of 47.66%! Data insights on the carbonTRACK app showed that Deepa could offset an additional 25.58% of her energy requirements by installing solar. 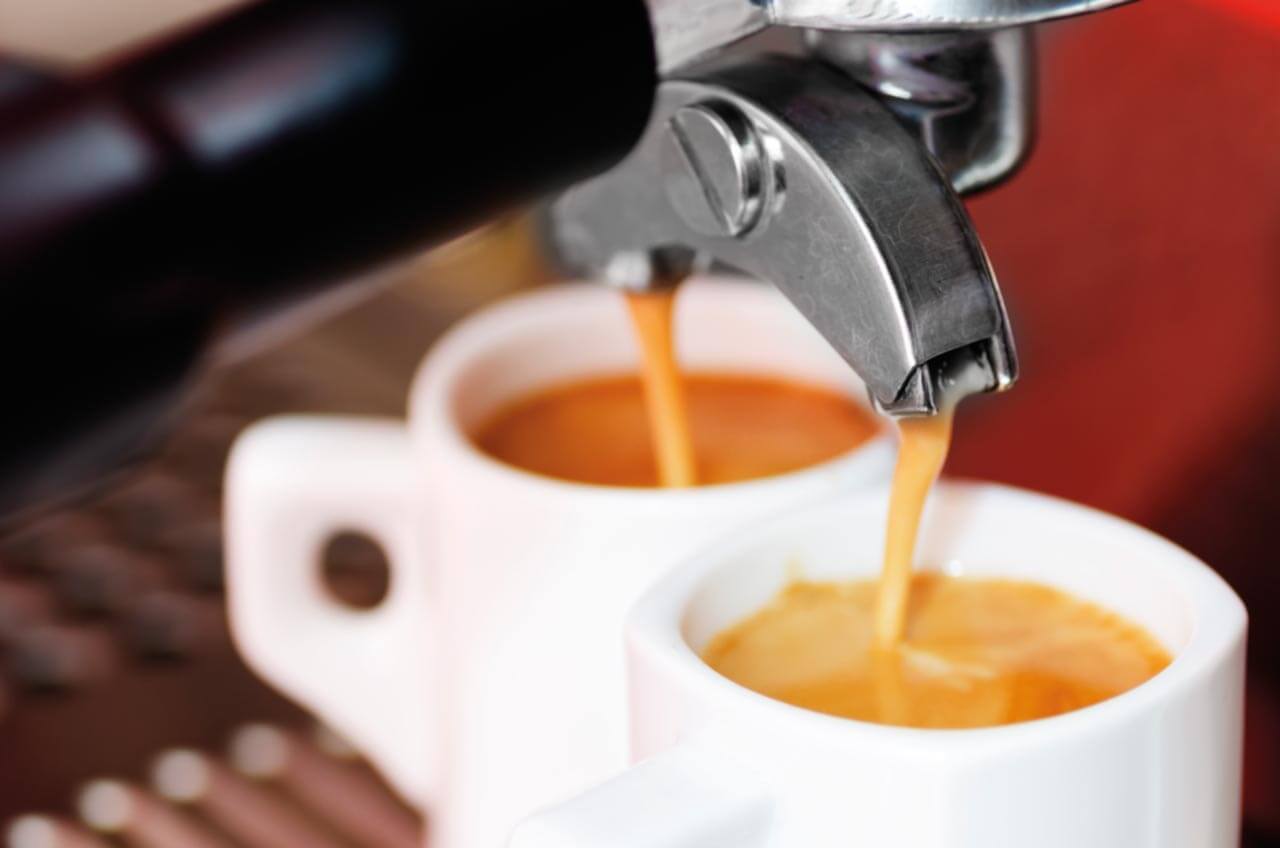 
I reduced my electricity bill by 13% after carbonTRACK was installed.

James owns a small cafe in Victoria, Australia. Electricity bills impact the bottom line of small businesses. Lighting, refrigeration, HVAC and coffee machines left James with high quarterly electricity bills. He wondered if some of this electricity use was avoidable but couldn’t figure it out without the ability to track specific appliances.

How He did it

James installed carbonTRACK to see when he was using electricity, and where improvements could be made to reduce his expenses. With carbonTRACK, James determined that heating of the two hot water systems and appliances such as the food displays, toasters, sandwich press and the coffee machine were routinely left on overnight.

Using carbonTRACK, James set timers to reduce excessive cycling of electric hot water systems. He also switched off the coffee machine at the close of business and monitored his fridges to identify areas for improvements.

James made some small simple changes with how he operated his business and used his appliances. As a result, he was able to save 13% on his electricity bills. 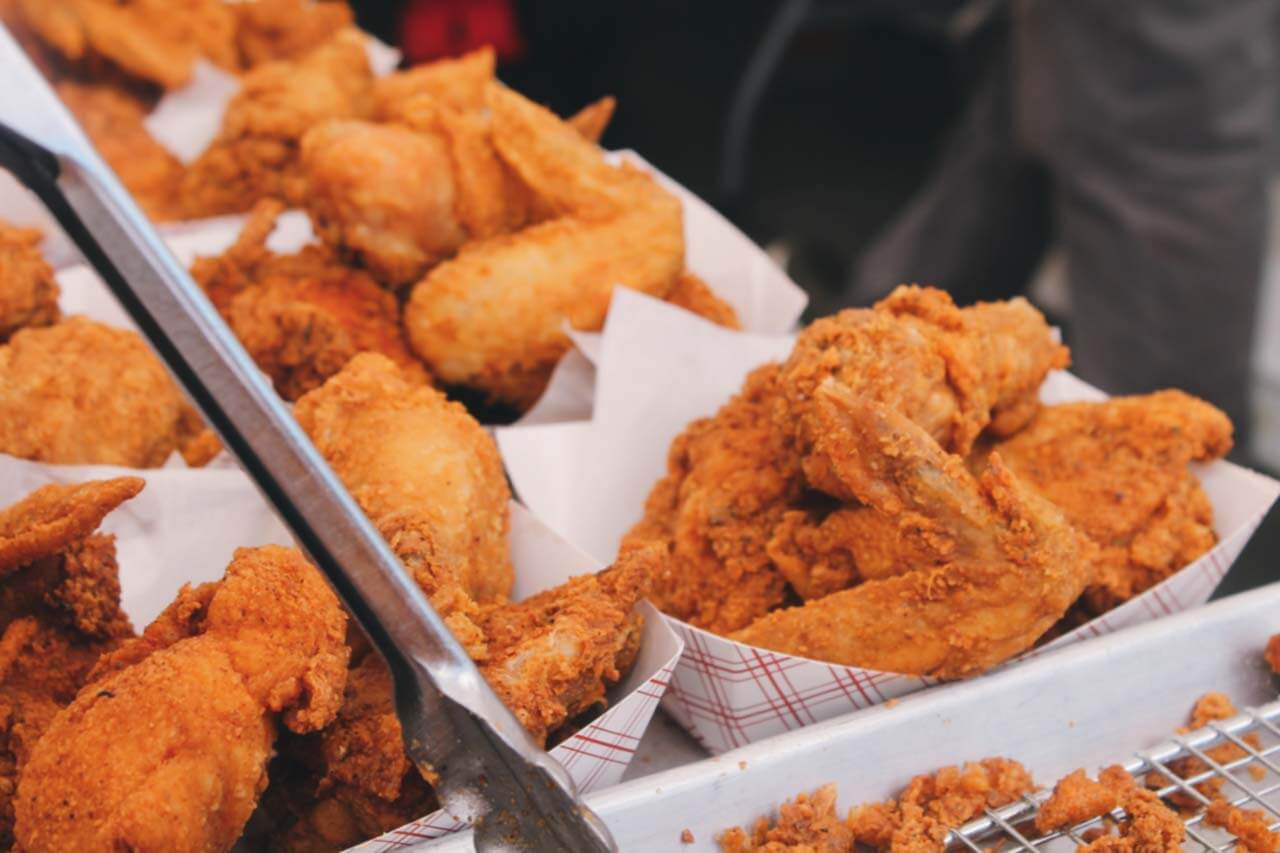 Within a franchise network, the electricity bills of three similar stores were compared. This comparison showed that the bills varied greatly. Peak demand charges accounted for almost half of the monthly electricity bills.

Managers wanted an understanding of energy demands. Without information identification of performance, improvements were impossible.

How THEY did it

Store managers used carbonTRACK to monitor electricity consumption and control two electric hot water systems in each store. As a result they were able to reduce peak demand events and the overall bills for their franchaises.

Alerts for peak demand spikes warned management of spikes in power use and they were able to adjust how and when they used electricity. With these improvements, they reduced the severity of their electricity consumption.

The severity of peak demand events was predicted, and electricity use was throttled to mitigate their effects. Overall electricity consumption was also reduced. 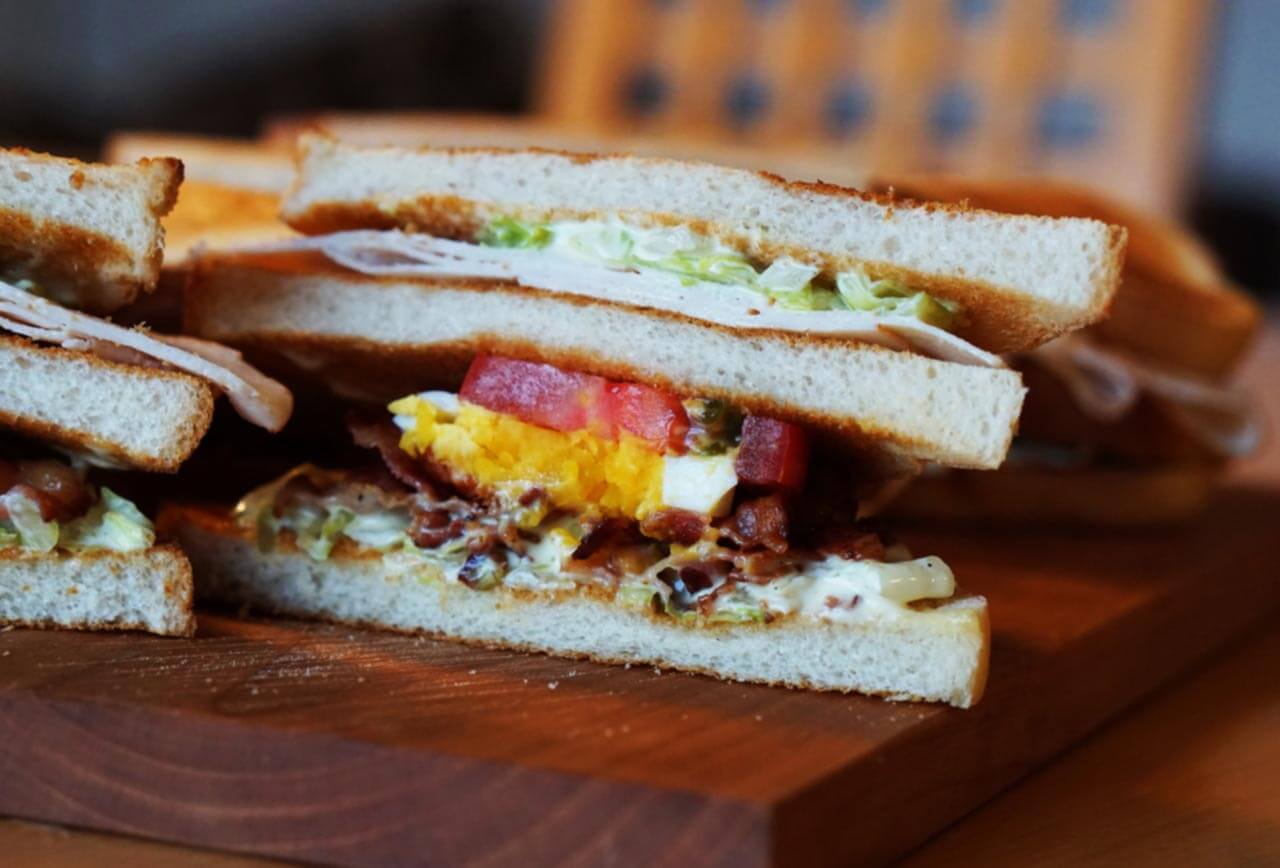 
carbonTRACK reduced the risk of food safety breaches in our cold chain environment.

Fast food chains must comply with the strict HACCP food safety program. A multinational chain of food stores sought to improve their efficiency and save money. They were especially concerned about temperature in their fridge, freezers and bain-marie when checks were performed manually by teenage staff. Management sought greater probity when no one was there to perform checks.

How THEY did it

Real-time results on the carbonTRACK user dashboard meant all five stores could be monitored remotely. Costs were reduced as control over temperature was tightened; email alerts notified managers when HACCP regulations were breached; and accurate control of cold chain temperature reduced food spoilage.

Using carbonTRACK, this Fast Food Chain was able to improve their safety processes. They are now more confident than every that their food is kept at the perfect temperature. They also reduced their electricity bills and can track their savings over time.