A complete guide to how you can run a more energy efficient home. 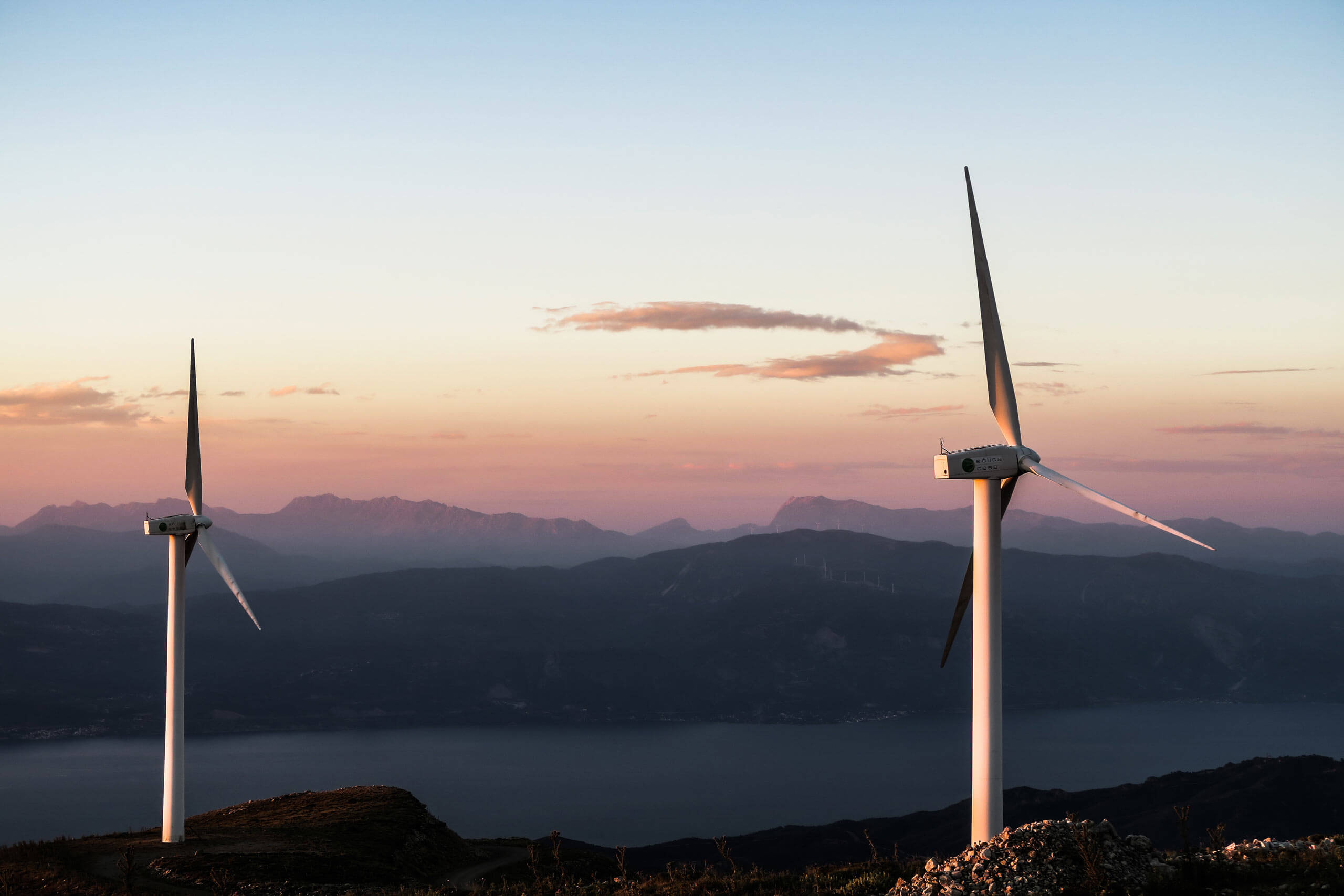 In just the last few years, solar photovoltaic (‘solar PV’) panels have become an affordable and popular way for homes around the world to save money while generating energy on their roofs. Their popularity is only expected to increase in the coming years as prices come down further and as grid electricity prices continue to increase.

What is a solar PV system?

A solar PV system is usually comprised of a few key components: 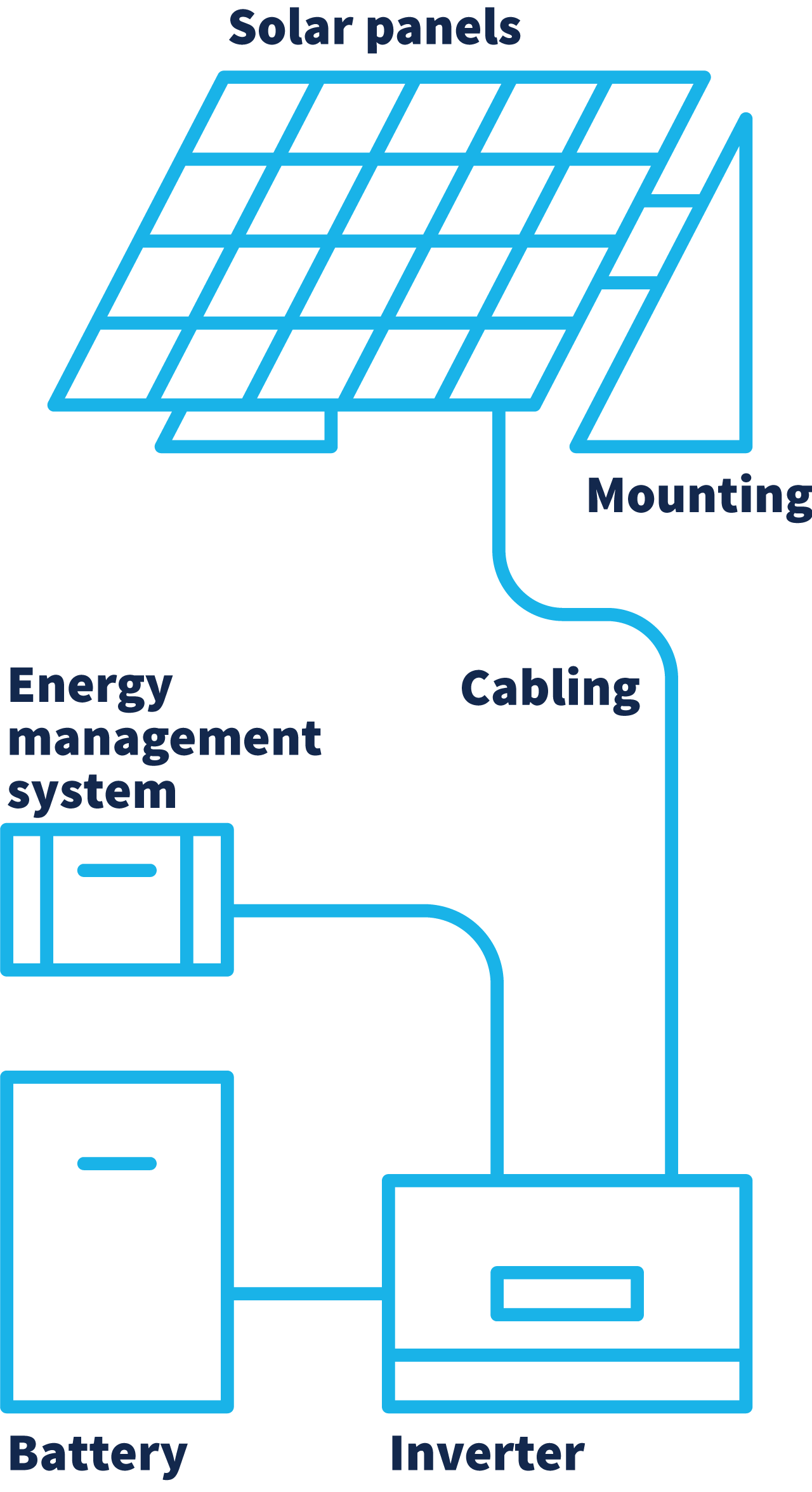 Solar PV systems can be grouped into three broad categories:

Solar panels have long been recognised as a source of clean energy, but have only recently gained their reputation as a smart way to save money. Depending on where you live, the financial attractiveness of going solar may rest on generous government subsidies, market-based mechanisms, how much sun you get, or some combination of these.

There are essentially four ways that homes can save (or earn) money with solar. 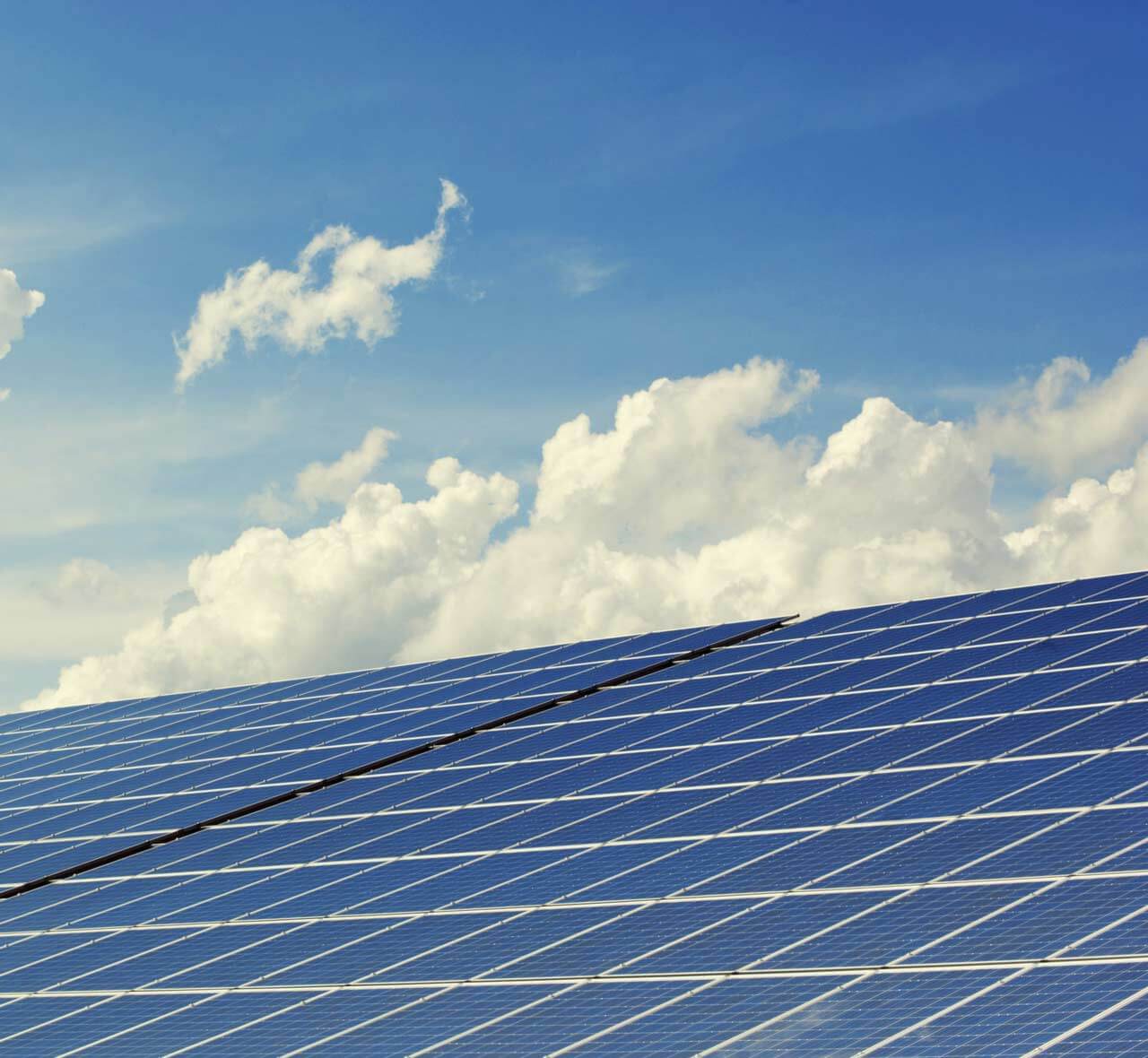 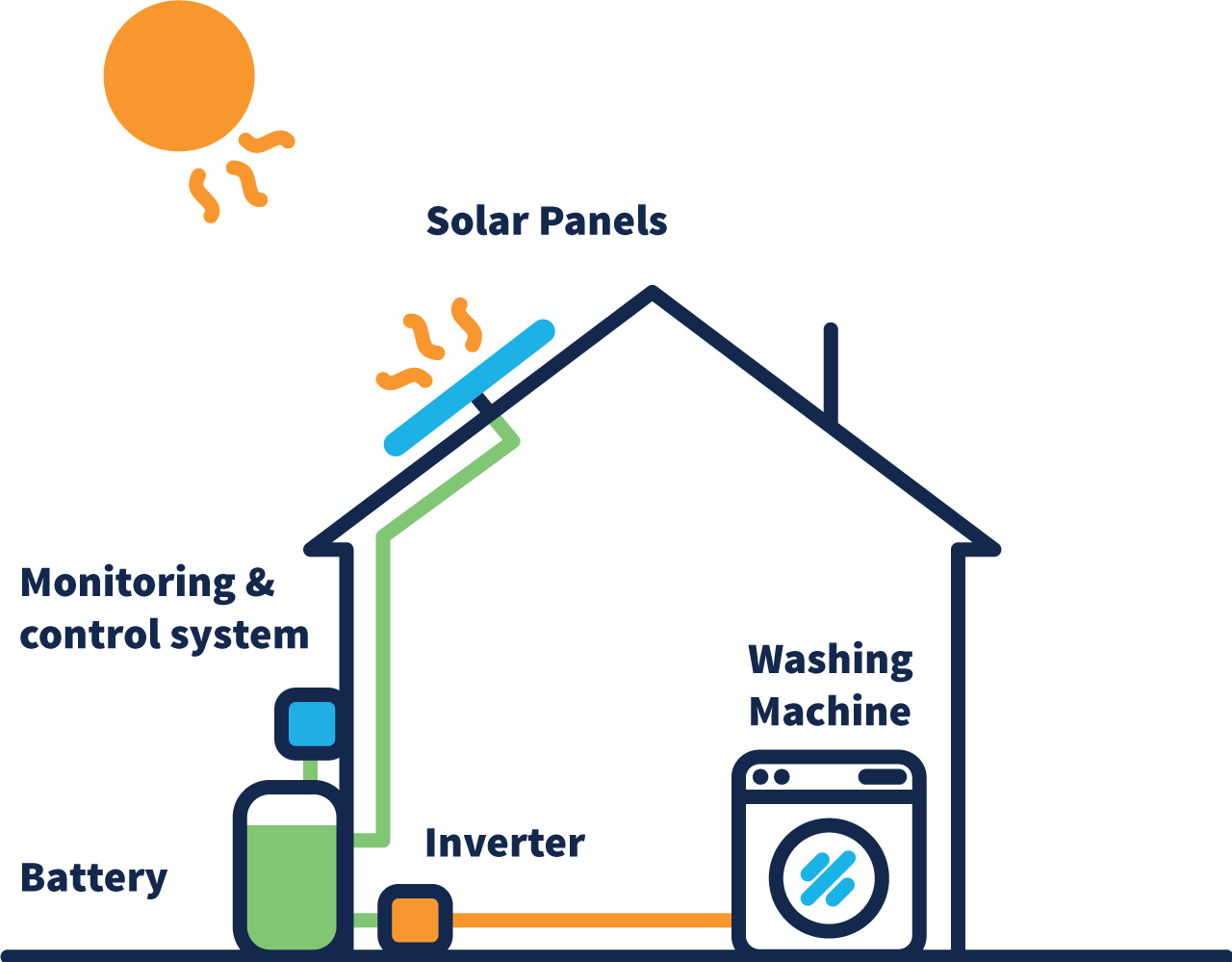 When should you go solar?

The cost of solar power is coming down dramatically around the world, even as conventional, fossil-fuel based forms of generation increase in cost. In fact, solar power is now one of the most affordable forms of electricity generation anywhere (c.f. here).

Falling solar costs and advancing technologies may lead some people to assume that it is better to wait before investing in a system, but there are several compelling reasons to take action sooner rather than later.

Solar system capacity is usually discussed in terms  ‘kilowatts’ (kW) or ‘kilowatts-peak’ (kWp) as opposed to the number of panels. These days, 1 kW of solar capacity is usually made up of about 3 or 4 solar panels, depending on the wattage of the panels in question (1 kilowatt equals 1,000 watts).

The kW or kWp figure refers to the amount of instantaneous power that the panels are capable of producing when they are fully exposed to the sun at a 90 degree angle. For example, a 2 kW solar system would have a peak output of 2 kW and a 3 kW system an output of 3 kW, etc. Throughout the course of a day, however, a system’s output will rise and fall - lower in the early morning and late afternoon when the sun is lower in the sky, and highest around the middle of the day.

As discussed in section 2 of this guide, kilowatt-hours are also the standard energy consumption units that will appear on your electricity bill. If your electricity bill includes a demand charge, this will be shown in kilowatts - the same unit used to describe a solar system’s instantaneous power output.

The amount of energy that your solar system generates on a given day will depend not only on the sun’s position in the sky, but also the tilt angle and orientation of the panels themselves. In the northern hemisphere, a south-facing panel array will generally deliver the highest energy yields, while due-north is the ideal for the southern hemisphere. For tropical regions, solar system yields will be greatest when the panels are mounted flat or nearly flat on a roof.

Panels may also face in easterly or westerly directions, although overall yields in these cases will be lower than a system that faces the equator. East-facing solar arrays will reach their peak output around mid-morning, while west-facing arrays will reach it in mid-afternoon. Solar arrays that face away from the equator are not generally recommended because of the degree to which energy yields are negatively impacted, but may be a good option where no better orientation is available and where the cost of a solar system is low.

Depending on your geographic location, you can generally expect anywhere between about 3 to 6 kWh of solar energy yield per 1 kW of solar capacity on average throughout the course of a year. To get a more detailed idea of the solar energy potential of where you live (anywhere in the world), visit the National Renewable Energy Lab’s PVWatts calculator tool at pvwatts.nrel.gov.

...and don’t forget about shading

Also keep in mind that even partial or intermittent shading on your solar panels can potentially have an impact on your solar energy yields. Where shading looks likely to be an issue, consider trying to remove or avoid the source of the shading at the design stage, or investigate microinverters (or similar technology such as power optimisers) to mitigate its impact.

How much solar capacity do you need?

There are a range of factors that influence which size system is best for your home. Assuming that your primary goal in going solar is to maximise savings or revenues, the first thing to consider is what size system achieves this goal. Also keep in mind is that you may want to consider a larger capacity system if the tilt angle or orientation are less than ideal in order to make up for reduced energy yields.

The ‘right’ size for a grid-connected solar system depends heavily on your needs & budget, the incentive structures for solar where you live, and whether you own or lease your system.

Designing an appropriately-sized off-grid solar system is significantly more complex than designing for grid-connection. This is because an off-grid-connected home must rely on their solar (and/or batteries) to meet 100% of their energy needs; as the grid is not there as a ‘backup’.

Best practice for an off-grid solar system that does not incorporate a diesel, petrol or other generator is to size for 3 to 5 days of ‘energy autonomy’ - full energy self-sufficiency. In order to achieve this, both the solar and battery capacity need to be substantially larger than a standard grid-connected system. ‘Peak demand’ (i.e. the highest points of demand throughout the year, in kW) is another consideration for off-grid systems that isn’t as relevant in grid-connect systems - not sizing the system to meet peak demand could result in frequent blackouts.

Because of the complexity and higher capital costs, anyone interested in going off grid should consult with professional off-grid system designers before making a decision.

Why solar is better with energy management

As discussed above, getting the most value out of a solar system depends on your circumstances. An energy management system can help to maximise the benefits, regardless of your situation.

Enquire today about how carbonTRACK can help you. 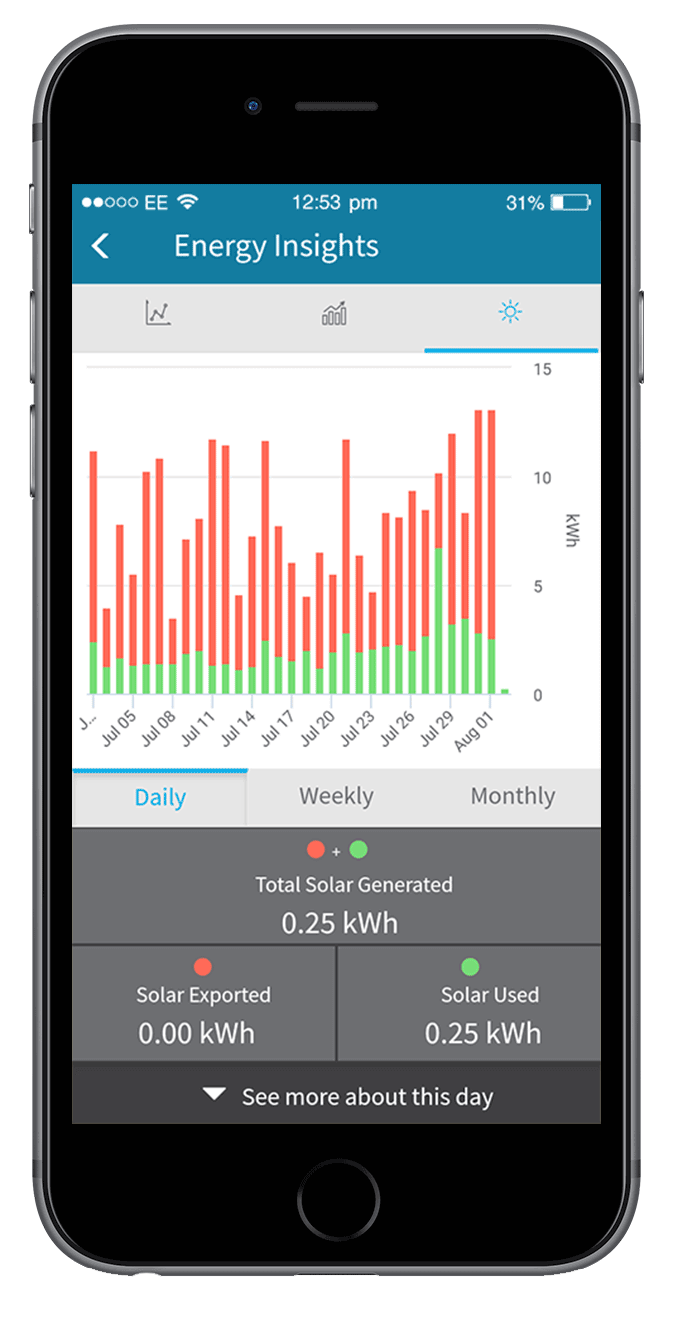 In the next chapter, we’ll have a comprehensive overview of home battery systems.

Enter your details and we’ll send the guide right to your inbox!