What is a solar inverter? 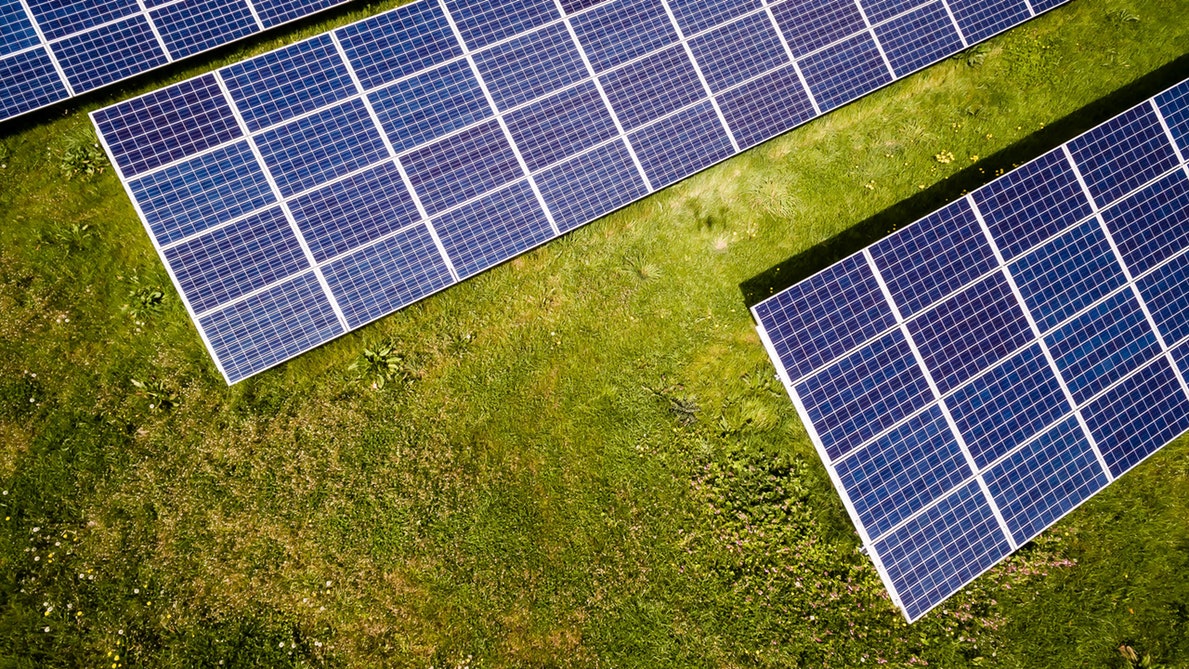 And while solar panels are a crucial part any solar system, they’re not the only component required. In fact, for a user to truly be able to utilize the solar power created by panels, the energy needs to go through a solar inverter.

Simply put, a solar inverter converts direct current (DC) electricity into alternating current (AC) electricity. This is important as solar panels generate DC electricity, but regular households, businesses and appliances require AC electricity to run. So without the inverter, you’re essentially creating an abundance of solar energy that you can store (if you have a solar battery), but can’t actually use. For this reason, the solar inverter is often considered the ‘gateway’ of a solar system.

So that’s the quick explanation. But to fully understand just how indispensable a solar inverter is, we need to look at how the whole solar energy process functions.

Let’s start from the start! The process of collecting solar energy starts with the solar panels. Sun rays are captured by your solar photovoltaic (PV) system, causing electrons inside your solar panel cells to move, thus creating direct current (DC) energy. Circuits within the cells collect this, converting energy from the sun into electrical power. Throughout the day (weather permitting), these individual panels continue to collect this power, producing DC electricity and combining it. It’s then sent off to the solar inverter! 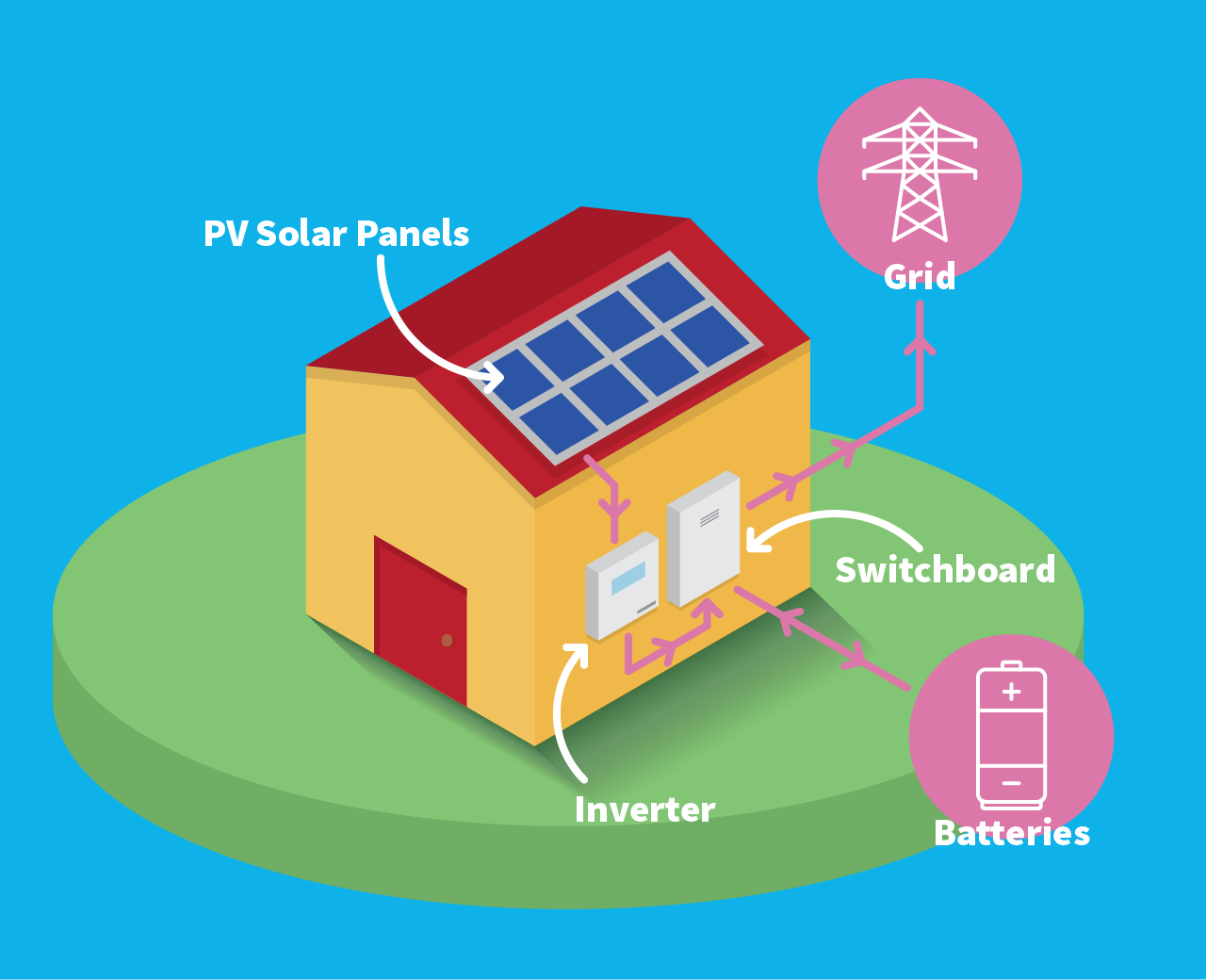 How do solar inverters work?

The solar inverter receives this DC electricity, converts it, then sends the converted power off to the fusebox. When the switchboard receives this AC electricity, it can then be delivered to the home or business to power all of the appliances as necessary. From the fusebox, excess power is then either sent to a battery storage system or back into the grid, depending on the user’s usage and system set-up.

Where does it go?

Unlike solar panels, which are mounted on the roof, the solar inverter is placed on the wall outside your home or in a garage or laundry. This is to protect it from the weather, as well as ensuring close proximity to the power board. For best performance, an inverter should always be in the shade.

Are there different kinds of solar inverters?

Yep! There are three main types of solar inverters; stand alone inverters, grid-tie inverters and battery back up inverters.

A grid-tie inverter is converts DC electricity into an alternating current (AC) that is suitable for injecting into an electrical power grid. Grid tie inverters must mirror the exact phase and voltage of the grid sine wave AC waveform to be able to best transfer electricity into the grid. If there is a loss to grid supply, a grid-tie inverters is designed to automatically shut down. Solar panels, wind turbines, hydro-electric systems, and the grid all use grid tie inverters.

Stand alone inverters are a type of solar inverter designed for systems that are typically isolated. Typically, this is for a power system that is off-grid and presumably has a battery. A stand alone inverter draws its DC power from solar batteries and converts it to AC power. Usually these do not interface in any way with the utility grid, meaning that it does not require anti-islanding protection.

Are there different sizes of solar inverters?

There are many different sizes available for solar inverters. The size required is dependent on the size of the solar panels installed. For example, a 5.0kW solar power system would require a solar inverter of similar or larger capacity. At it's most basic level, an inverter must be equipped to manage the maximum amount of power a solar system could feasibly generate. Aesthetically, solar inverters can all look very different and are available in a wide array of sizes. The smallest solar inverters are around the size of a business suitcase, while the bigger inverters are more like a large overseas travel bag.

Do solar inverters actually let me see what my solar is doing?

Some inverters also give you basic monitoring functionalities, however these capabilities are fairly limited. The majority of inverters provide a display light, letting you know that status of the unit (on, off or standby). They can also have displays that indicate the amount of energy (kilowatt hours) you have produced in the past 24 hours and the amount of electricity (kilowatt hours) produced in total. To access this information you unfortunately have to physically inspect the unit.

To see exactly what solar power you’re using, and when you’re using it, an intelligent energy management system will grant you remote monitoring and is set up to help you get the most out of your solar power system.

How long do solar inverters last?

While solar panels have no moving parts and can be expected to continue working past 25 years, inverters are arguably the most likely part of the solar system to fail. Depending on the brand, they need regular replacement every 5-10 years. carbonTRACK will let you know if there is a problem with your system’s inverter – and you can set reminders to look into replacing it before the warranty is set to expire to head off problems before they happen.

It is clear that the inverter is crucial for the conversion of the energy collected from the panels to a power source that can be used continuously in your home. The solar inverter works as a middleman, and without it, the power collected by the panels would be worthless.

Want to take your solar to the next level? carbonTRACK can make your solar smart. With remote monitoring and control, you can get data insights on your phone or computer 24/7. Here’s how it works… 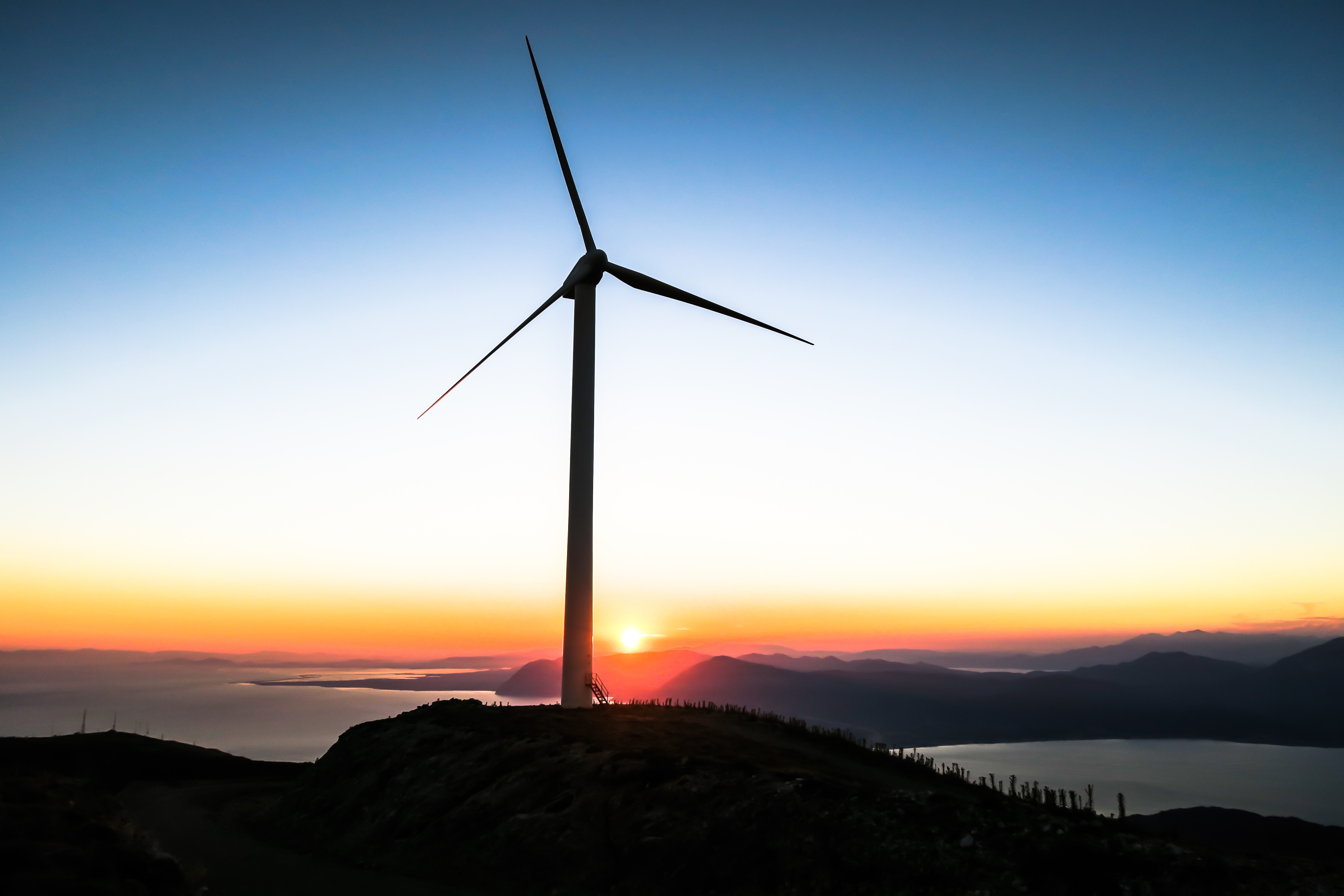