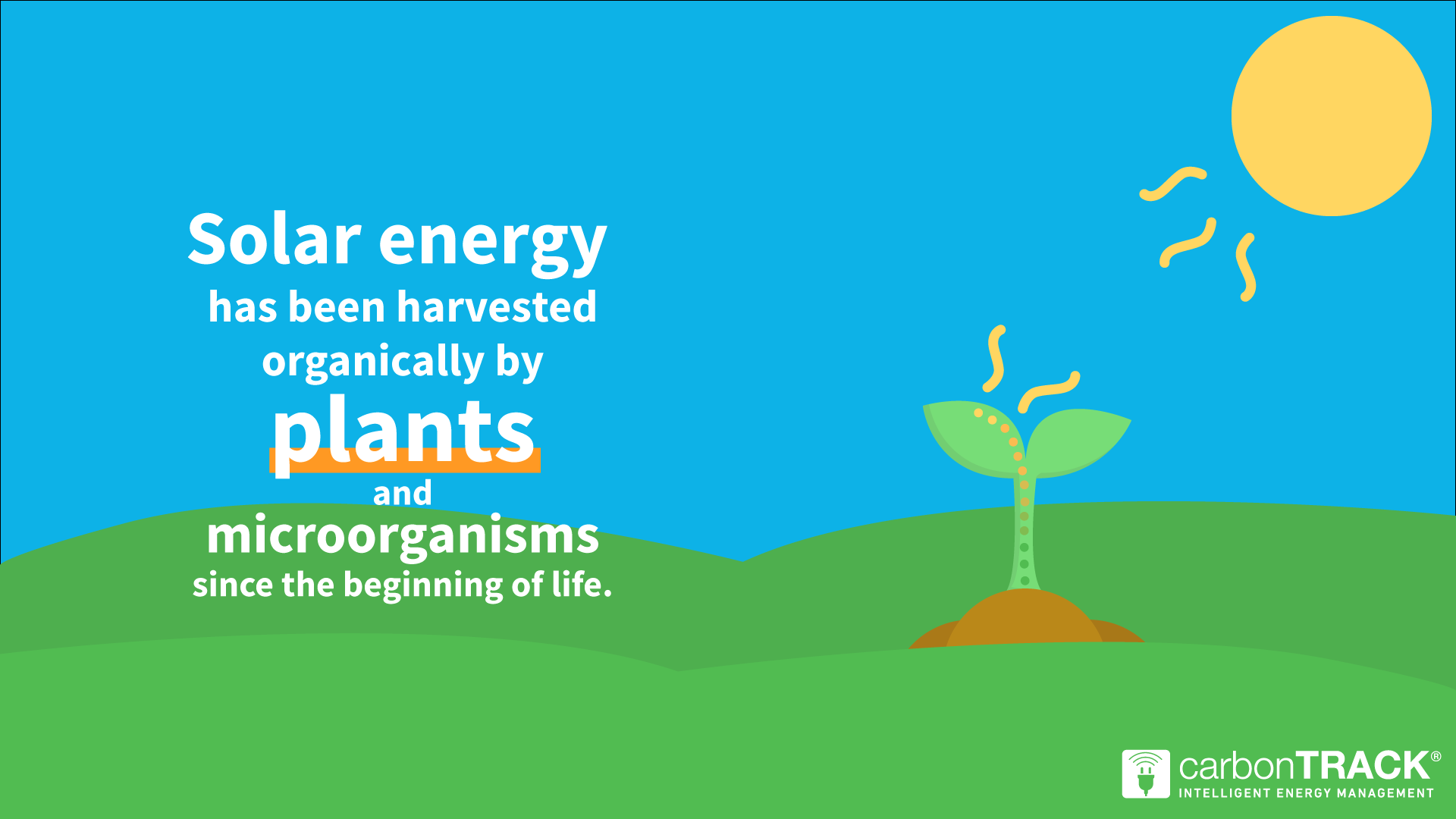 We all know solar power utilises the sun to generate energy. But did you know it was actually first discovered in 1839? For more solar trivia, tips and tricks, check out these 50 facts about solar energy!

Solar energy has been harvested organically by plants and microorganisms since the beginning of life.

The rate of energy generated by solar is measured in watts, which is the equivalent of 1 Joule of energy per second.

In 1954, Bell Laboratories built the first ever silicon solar cell.

The photovoltaic effect enables electrons to capture energy from photons (light) emitted by the sun.

The PV effect was first discovered by a French scientist named Edmond Becquerel in 1839, who noticed electricity generation from an electrolytic cell increased after exposure to light. 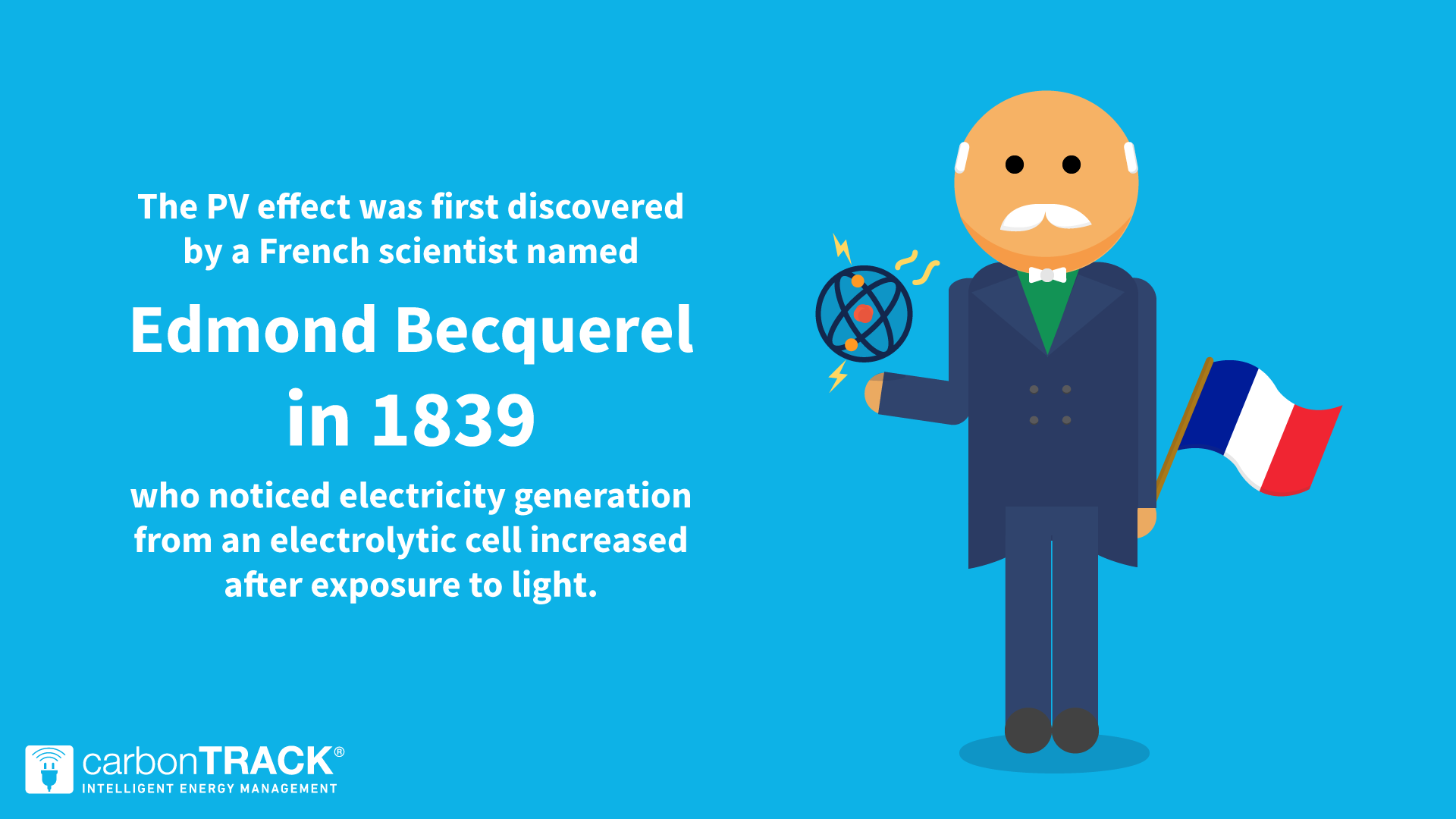 Solar energy produces no pollution, has no environmental effects and is ecologically acceptable.

The first solar PV cells were used to power early satellites and consumer electronics, not houses and buildings.

Innovative uses of solar PV technologies include phone chargers, streetlights and vaccine refrigerators where grid electricity is not guaranteed.

Solar PV systems are extremely safe and have virtually no risk of chemical leaks, explosions or fire, unlike other energy sources.

Solar PV systems don’t have moving parts and are very low maintenance, with panels lasting up to 35 years. 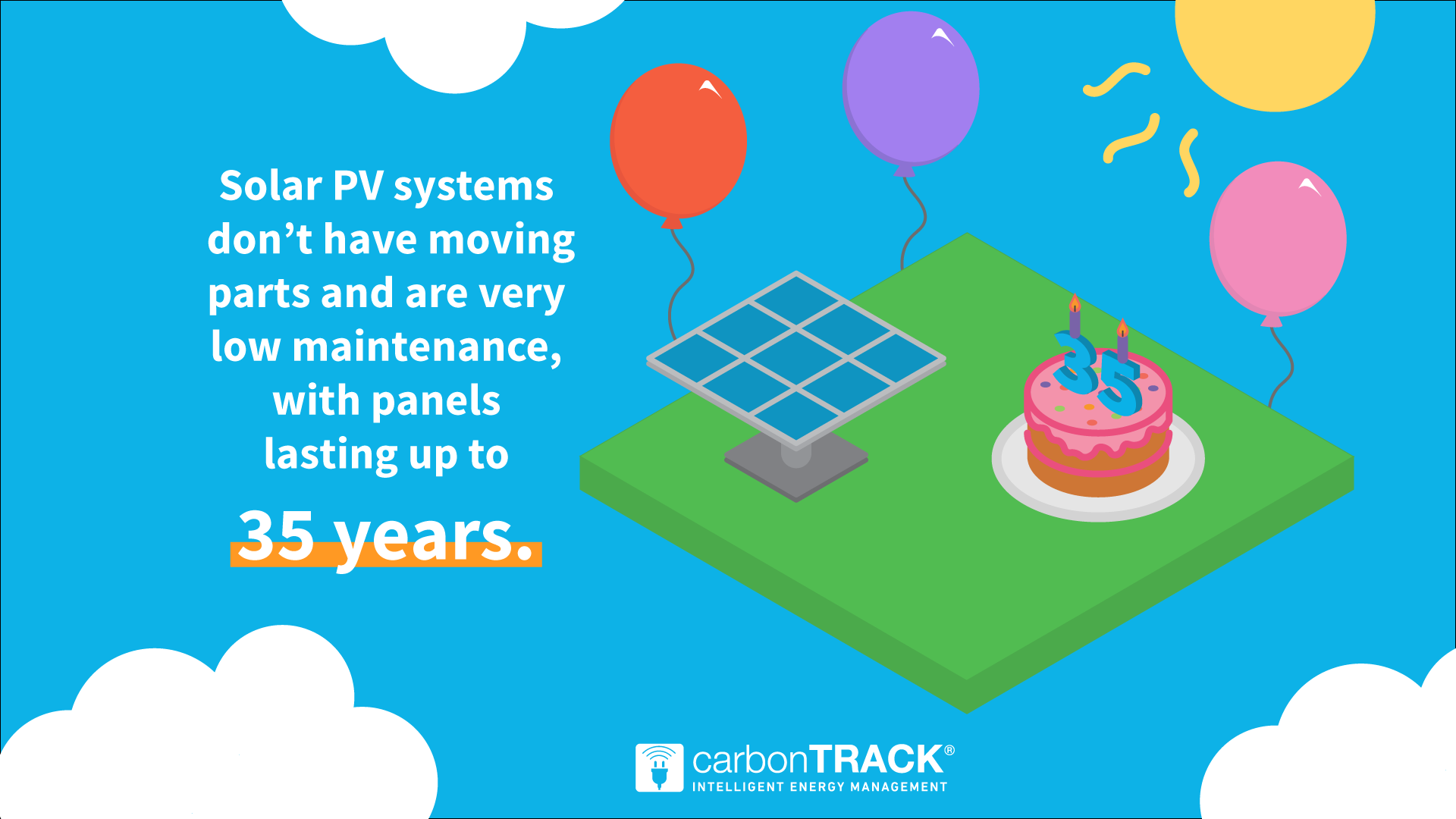 Solar technology has been applied to paint and woven into the fabric.

Around 55-60% of solar energy from the sun is lost as it enters the earth’s atmosphere due to absorption and reflection of light.

The sun generates solar energy through nuclear fusion, where hydrogen atoms fuse together to create helium.

Around 80% of the sunlight that hits the ice is reflected into space, whereas the ocean absorbs around 90%. 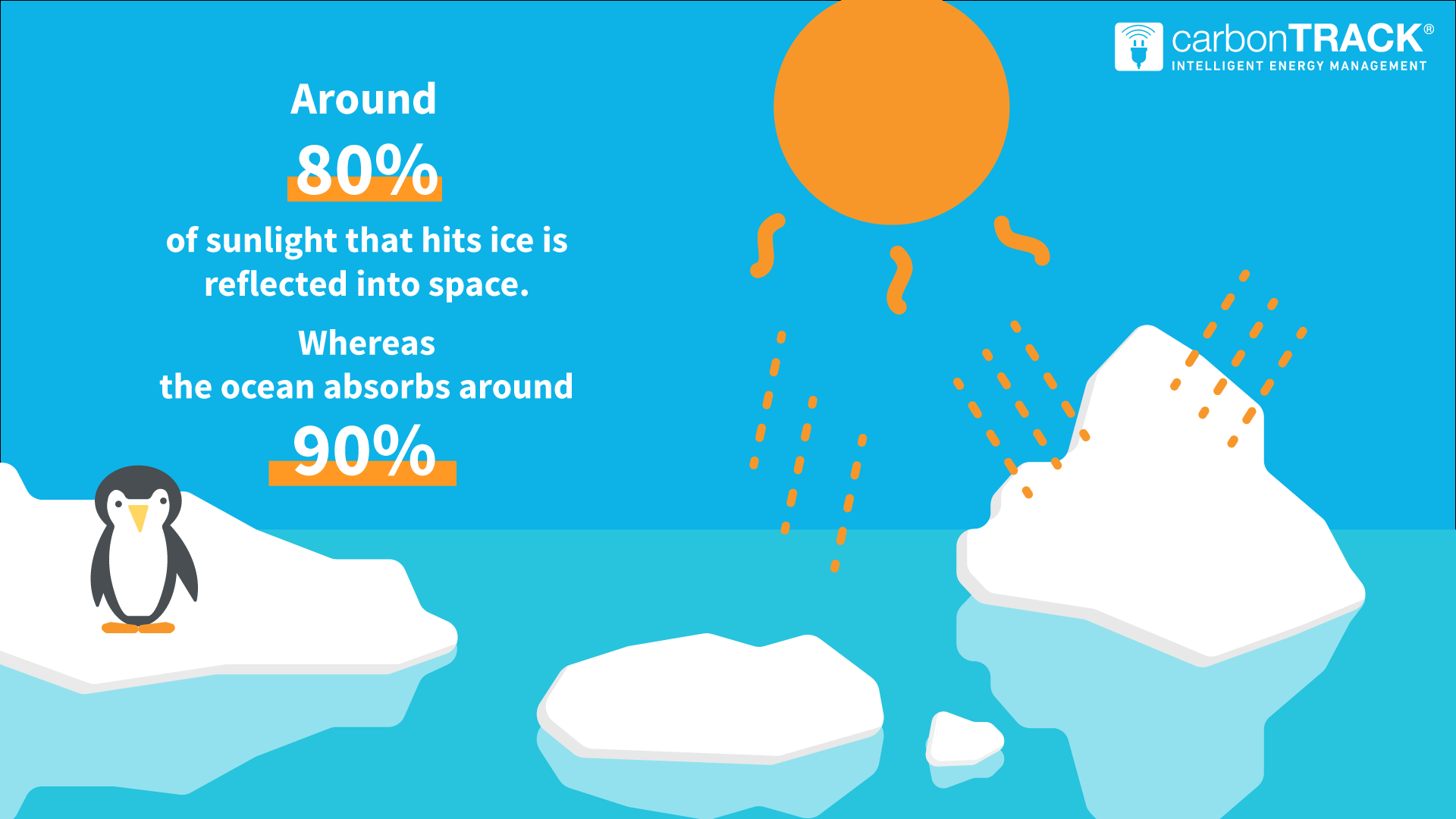 Juno is the furthest space probe to be powered by solar. The solar panels have an equivalent capacity of 12 to 14 kilowatt if it were powered on earth.

“Space-based solar power” (SBSP) is a concept of harnessing solar energy in space, where there is no night time or atmosphere. Energy is converted into microwaves, so it can be captured on Earth’s surface.

Since 2008, the price of the solar system has dropped by 80%, and it is expected to keep falling.

There are 3 main types of solar cells: amorphous, polycrystalline and monocrystalline.

The first solar-powered calculators were invented in 1978.

World record solar efficiency was set in December of 2014 at around 45% efficiency.

If you don’t use the solar you generate, it is fed back into the grid unless you have a battery system. Most states pay a “feed-in” tariff to households that put electricity back to the grid.

Solar hot water systems work by extracting heat from the sun. They come in the form of “flat panels” and “evacuated tubes”

Australia has the highest average solar radiation than any other continent in the world. 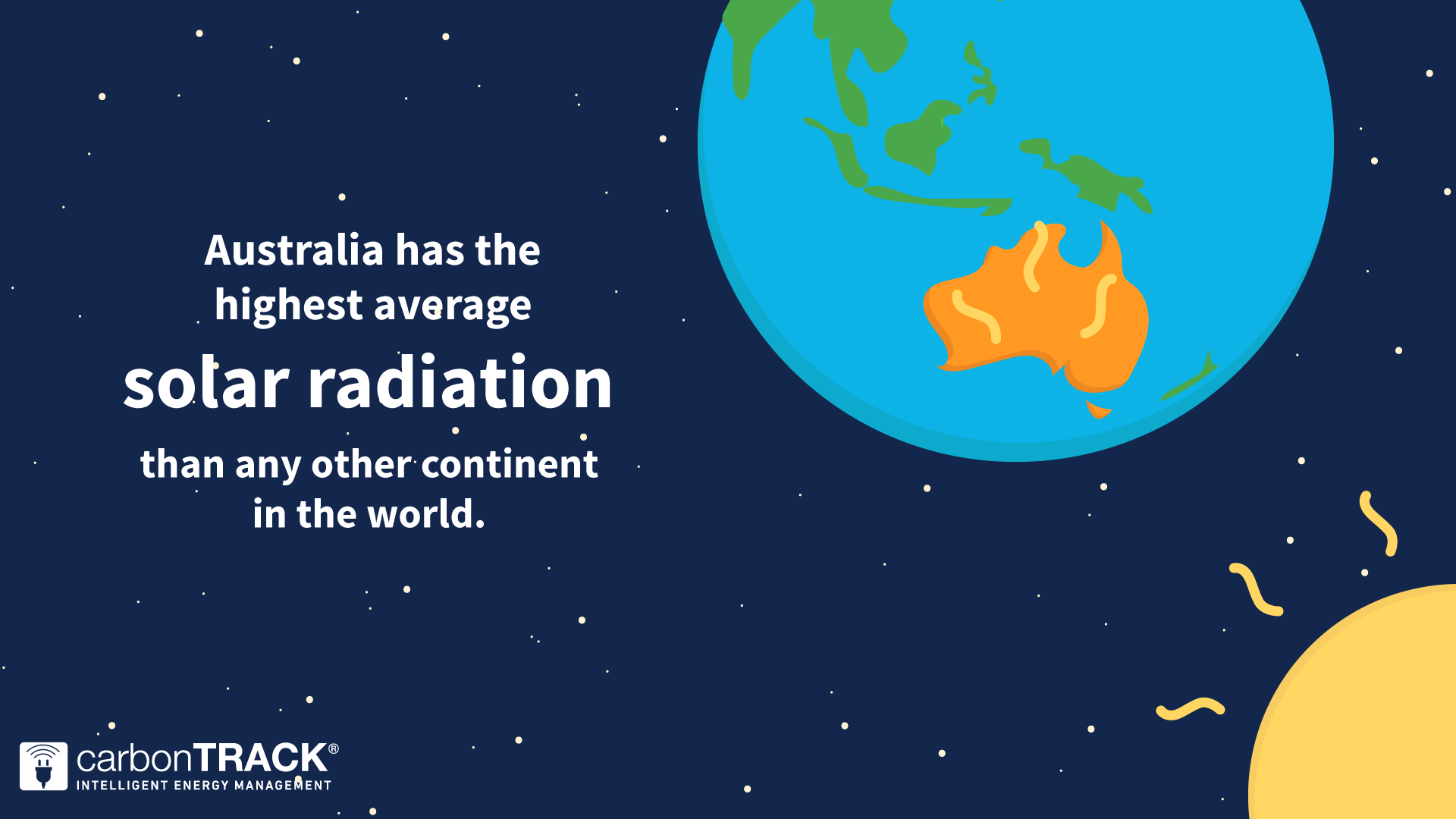 In 2016, the average installation size of small-scale PV systems was around 6 kilowatts or 6000 watts in Australia, approximately double the average size installed in 2013.

The total capacity of PV systems installed in Australia quadrupled between 2011 and 2016.

Australia is a leader in household solar, with more than 1 in 5 Australian households now using solar energy.

There is more than one solar panel installed per person in Australia.

Queensland and South Australia have the highest percentage of houses with solar PV at approximately 30% of all houses in their state with PV.

Australia’s total PV capacity at the end of 2016 is 5.44 gigawatts (billions of watts)

Unlike most other countries, most (approximately 85%) of Australia’s solar capacity comes from small scale solar (less than 10 kilowatts) rather than large solar plants whose capacity ranges from tens to hundreds of thousands of kW.

One reason for the polarity of solar PV in Australia is due to the very high household electricity prices compared to other countries.

The rate of energy generation from Australia’s National Energy Market is approximately 50,000 megawatts or 50,000,000,000 watts.

In 2015, solar passed the 1% threshold of global total electricity generation.

The solar capacity of the globe totals around 300 gigawatts.

The countries with the highest capacity of solar added are Japan (10.5 gigawatts), the United States (13 gigawatts) and China (34.2 gigawatts) in 2016 alone.

Electricity prices from solar have reached a tipping point and now became cheaper than coal in many parts of the world. The global average price of solar is set to beat coal by around 2025.

The record for the cheapest electricity on the planet was set by a Mexican solar plant at 1.77 US cents per kilowatt hour.

Price of electricity from solar is predicted to hit 1 cent per kilowatt hour before 2020.

As of June of 2017, the biggest solar farm on the planet is the Tengger Desert Solar Park located in China aka. “The Great Wall of Solar”. It covers 1,200 square kilometre of land (3.2% of the whole Tengger Desert) and has a capacity of 1500 MW.

Battery storage allows solar electricity to be used when there is no sunlight. It comes in multiple types including lead-acid, lithium ion and even salt water.

Solar panels combined with batteries enables homes to become “off-grid” and rely purely on the sun to provide electricity. 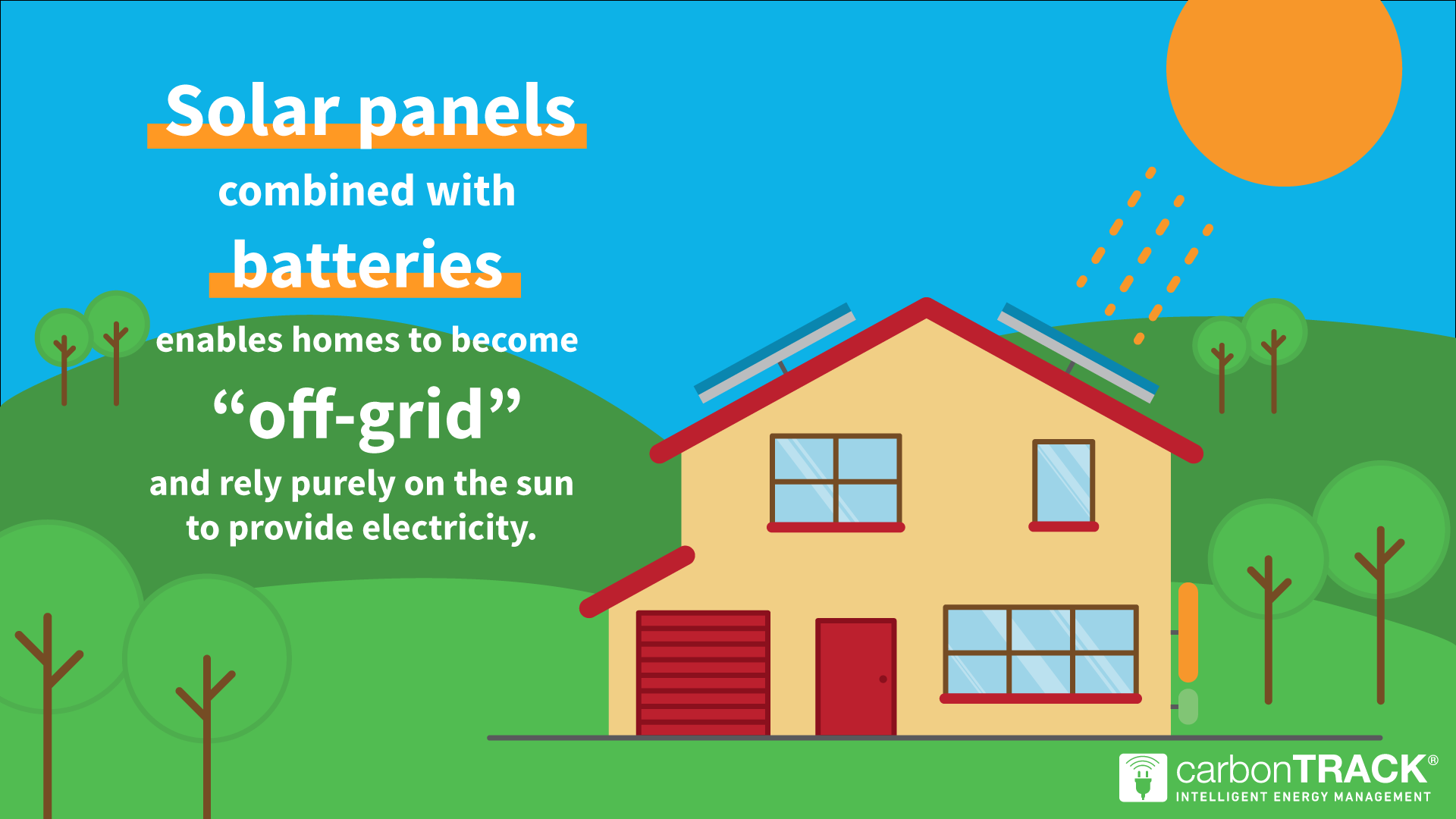 Microgrids are versions of the electricity network that comprises of an electricity generation source, delivery infrastructure and loads that consume this electricity.

Countries that have reached 95 to 100% renewable energy includes Iceland, Paraguay, Tokelau and Uruguay.

But that's not everything there is to know about solar! Heard of smart solar? Here's a breakdown on what it is and how to make it work for you.

Learn how you can maximise your solar